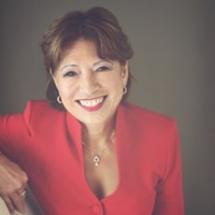 Jackie Z. Parker has devoted her career to community building and community problem solving whether as Mayor of a third class city, the co-creator of the award-winning Community Action Team, under Governor Edward G. Rendell, or as Deputy Secretary of Community Affairs and Development for Commonwealth of Pennsylvania.

From 2003 until 2011, Jackie served in multiple positions within the Department of Community and Economic Development, for the Commonwealth of Pennsylvania, working with communities to develop strategies for impactful economic and community development projects.

During her tenure she led the shift in public funding philosophy and delivery from one of passive grant-making to one of engaged investment. She managed 17 state and federal programs related to community development financing assistance for a total oversight of $275,000,000. In addition, she was responsible for the oversight of $140,000,000 of federal “Stimulus” funding for the Department of Community and Economic Development.

Jackie was responsible for guiding the Community Action Team, Governor Rendell’s initiative of “one stop shop” community engagement, to develop and implement 88 Community Action Team projects across the Commonwealth. These projects reflect the targeting and leveraging of multiple sources of funding assistance, as well as community changing impact for their respective communities.

From 1998 to 2002, Jackie served as full time Mayor for the City of Lebanon. She was responsible for the day to day operations of the City, with 200 employees and five major departments.

Jackie has also worked in the financial arena with Farmer’s First Bank, Lititz, PA (now Susquehanna Bancshares) as a lending officer, bank manager, and financial advisor. She began her career as an investment broker with Merrill Lynch Pierce Fenner and Smith, in Lancaster, PA